← more from
Dots Per Inch Music

The Music Industry is Poisonous 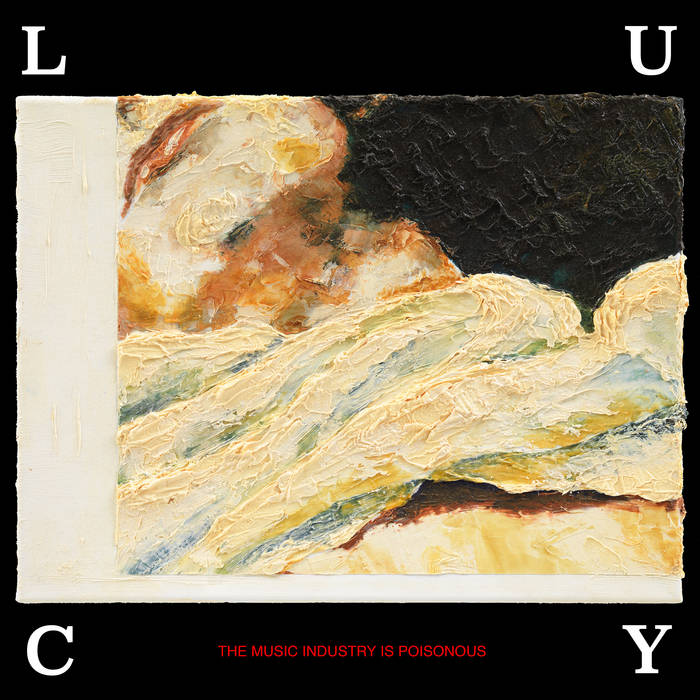 Justin So playful, that when the morbid and philosophical lines stop you deep in your tracks, you know it's not the same thing that your mama was on. Favorite track: Believe.

A Name For Both Of Us

While still in high school, Cooper Handy, of Cape Cod, Massachusetts, started a Facebook page called “lucy” for the sake of anonymity in sharing his music. Most of what appeared here was distant from what “Lucy” would come to represent in the years since, but it was a fitting, could-only-exist-online start for a project that would soon be turning heads. As Lucy, lucy, LUCY, lucyboy, or L U C Y (depending on where you listen) Handy has picked and chosen elements from a wide array of genres to make a sound that is at once ‘outsider’ and unpretentious. The result is exciting, raw, and triumphant music from an artist who has made a career of producing & self- releasing videos and music, unpolished & posted in near-real time.

The plainspokenness of Lucy’s lyrics and the unassuming character of his production inspire a curiosity in his fans and first-time listeners alike—as, despite this straightforwardness, there is undeniably something else going on. Handy is an enigma without the cold-shoulder of mystique. His lyrics spin the sense out of common sense while remaining frank and conversational—his instrumentation clips and distorts but keeps sight of itself as if being a four-piece band. Lucy performs a playfully romantic take on pop music, singing, “too smart to argue or to judge, you know me, I only want to love” (2016), or, “match made in heaven, strike anywhere match” (2017). His music may come out of left field, but it is also immediately familiar. It is the best result of mixing artistic ingenuity with down-to-earth deftness.

When asked about his musical background, Handy remembers loving the perceived ‘authenticity’ of early-aughts pop-punk (an interest that traces back to an earlier infatuation with The Clash). This fandom made him realize that he, too, could make music. Since moving from home on the Cape to Hadley, Massachusetts, the practice of music-making has shared with these early influences the pursuit of authenticity and the embrace of the pop-song form. The lessons gleaned from his tastes in earlier years were a humbling realism and a commitment to heartfelt communication. However, as with most of his musical influences, Handy incorporates the feeling and the culture of any given music without hijacking its timbres or other typical signifiers of genre. This keeps his performance grounded and accessible while his material is wildly creative and often experimental.

Since Handy is hesitant to bring up influences—primarily out of concern for forever being tied-down to a short list that might make sense in one moment but not in the next—he does his best to remain vague, compact, and (respectfully) unquotable: Motown/Elliott Smith/Odyshape/Tippa Irie.

Bandcamp Daily  your guide to the world of Bandcamp

Featured sounds from Fly Lo and Ahmed Idris, plus Mother Nature hops on to drop off new project